If the kids wouldn’t have freaked out, I would have taken a video or a picture of their dancing extravaganza last night to Maggie’s ‘Dove Cameron Radio Station’ on Pandora.

I mean, the boys… who knew they could rave like that!

It was a moment of sheer joy and sweetness. You and I were talking at the table.

The kids were dancing their hearts out.

The music was mildly uplifting at best, fun and harmless at worst.

It was a sweet, perfect, beautiful midweek moment.

These little things… these times when the kids dance so hard, it makes them want to come in and give us hugs and kisses and makes them laugh and smile with each other.

And you and I talking about what’s going on.

These things? That’s what I live for.

I won’t make excuses, but it does appear that I didn’t do a very good job at planning the day. I went overboard on the ‘leave mommy alone and give her some chill time’ side of things. We didn’t spend a ton of time together as a family.

But we did have a great breakfast and dinner and you got some nice gifts. And our boys and our daughter went out of their way much of the week to give you sweet things and wish you Happy Mother’s Day and give you sweet little ‘We Love Mommy because…’ booklets.

Just a reminder where it all started… 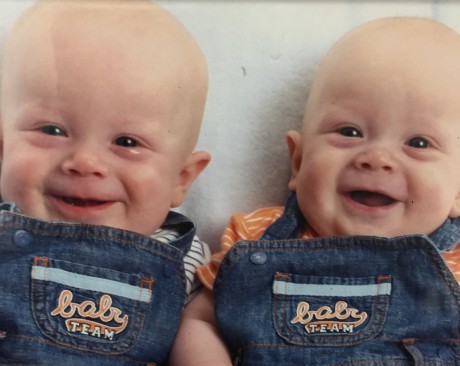 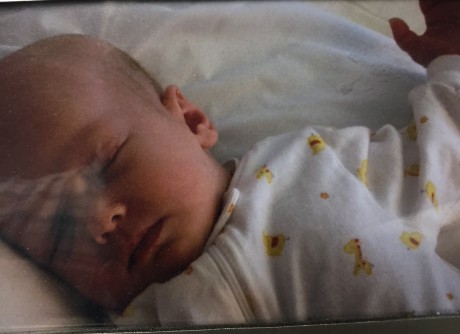 It was one of those nice, fun, outdoorsy, sweaty, but sweet Saturdays. 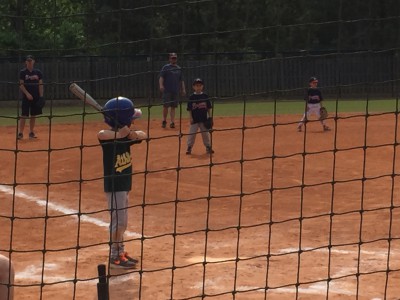 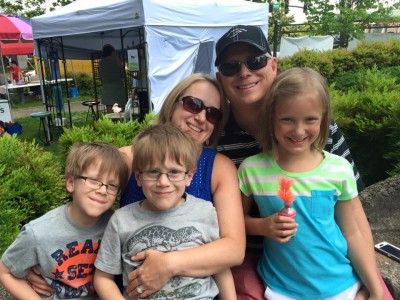 I’ll share a little from our V Day date post-V-day.

For today, I wanted to suggest that our love is the perfect combo of The Middle’s Valentine’s Day special this year.

And just fun and cute and sometimes off-the-wall like Axl:

You are an awesome Valentine, all the way around.

We took our annual trip out for the cousin’s birthday . The day trip to Augusta!

Our kids love it. And our kids are way cute. It’s true. Check these dudes out.

And check out the feather in my hair. Again… it’s all about your enjoyment and smiles. Next year… you get a feather. 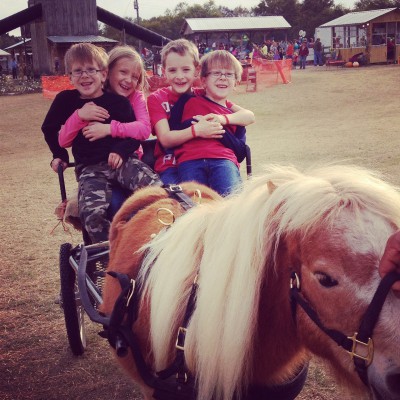 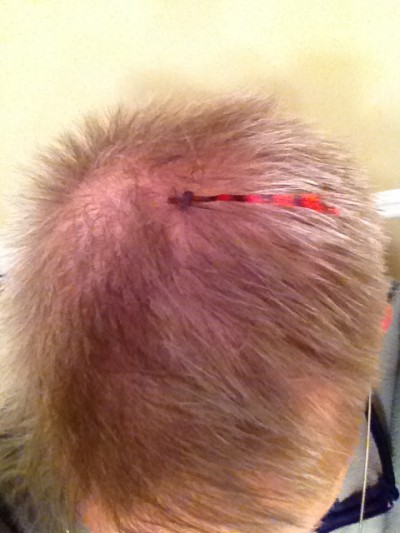 You were sweet this particular day with your baked potato and salad dinner plan.

It was an empty the fridge night, and we were on the last leg. One potato. Two adults. Salad.

And then there were Tostitos and spinach dip from a little football party on Sunday. So we promptly filled up on chips and dip and then pretended like the baked potato and salad over-stuffed us (except for the room we left for Moose Tracks – the gut always has room for Moose Tracks ice cream).

That was our Tuesday. A nice dinner. One more episode of Royal Pains. Then I wrote. And you caught up on The Duggars (those crazy folks!).

One of our favorite things about Wednesday?

First, it makes some of our issues with home repair pale in comparison.

Second, it helps us realize not everybody’s life looks like they look on Facebook (I know it’s a TV show, but I also know it’s the real life daily situation of tons of people).

Third, we love how much Sue Heck reminds us of Maggie. Her unabashed and unashamed passion for being involved in everything at school and being sold out to things that are unique to being a girl at a particular age (Maggie sweetly loves the things that a 7 year old girl loves).

Thanks for being my sitcom partner.

You were dreading this day.

You’ve spent time nearly every day with these two guys since conception. 10 weeks on bed rest in the hospital and at my parents trying to make sure that they were in long enough to come out healthy. You rocked as a pregnant mom although I know it wasn’t always fun.

Today, you watched them go off to the big school for the first time. You cried less than you thought you would because they were, for lack of a better phrase, going crazy in the house. Perhaps that was God’s way of lessening the blow.

But after they piled in the car, you got a little sweetly weepy. Your sweet boys heading off.

Not only were they going to school for the first time, but they would be in separate classes for the first time ever. They’ve had each other to lean on and play with since they were jockeying for position in  your belly.

But it’s time. It’s time for them to figure out what they are, ever so slowly, apart from each other. They are excited, yet obviously a little nervous.

You’ve prepared them more than you realize. You’ve been (and are) a wonderful mom to them. You’ve been able to relate to them and their quirks. You’ve given them fun adventures and have even helped me be a better Dad to them. 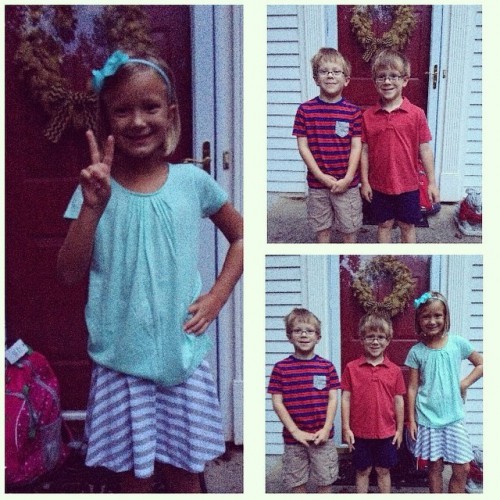 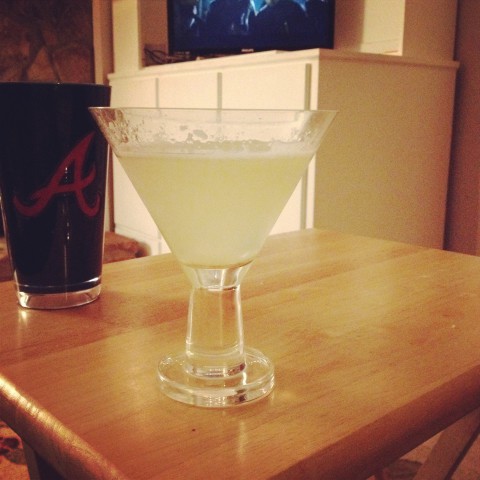 The symbol of Stayt Night

It’s my version of the ‘Stay at home date’.

You’ve been sick and while we had the house to ourselves and the kids were at my parents, we were planning on a date night out.

But since the aforementioned sickness and we were tired, it was pizza and a movie in. We had fancier pizza than Little Caesar’s, gourmet chocolate chip cookies from Fresh Market, and margaritas.

We watched Divergent – or, as I like to call it,  Hunger Games without bows and arrows.

And we had a wonderfully sweet, fun evening.

I love you and I love our date nights – whether they’re out on the town or in on the couch. 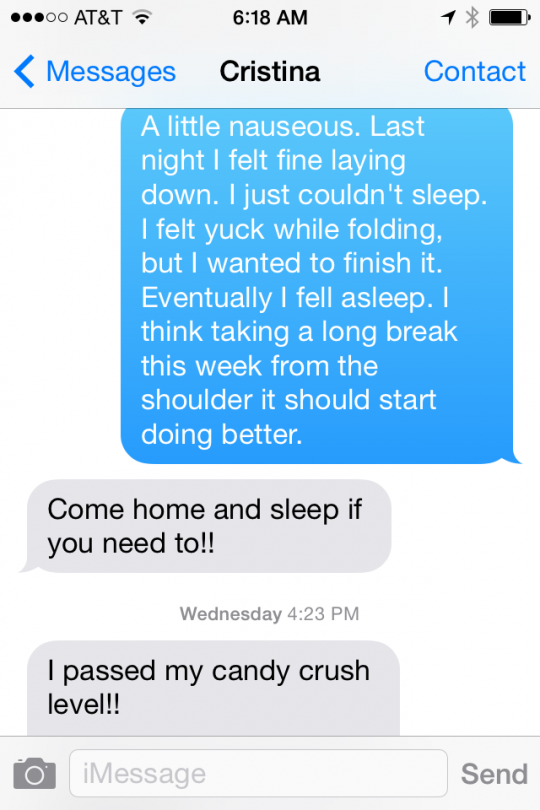 So apparently my difficult tennis match gave me sort of an ‘exercise hangover’ into Wednesday.

You were sweet, suggesting I come home to take a nap. I couldn’t sleep that well the night before (to add insult to exhaustion).

In other news, you pashed a level in Candy Crush. 🙂

Off the Top of My Head…